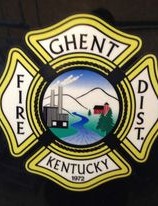 He was born in Carroll County, KY, on November 14, 1938, the son of the late William Woodrow Harmon and Dorothy Marie Ogburn.  Bill served his Country honorably in the United States Army. He had worked as a Crane Operator and was a member of the Local 181 Union.  Bill had served as the former Fire Chief for the Ghent Fire Protection District for several years.

He was preceded in death by his parents, two sons, Larry Stephen Meadows, Jr. and Malcom Shane Harmon and a sister, Janet Marie Sellers.

All services will be private.

Tandy-Eckler-Riley Funeral Home has been entrusted with the arrangements.

To send flowers to the family or plant a tree in memory of William Malcom "Bill" Harmon, please visit our floral store.